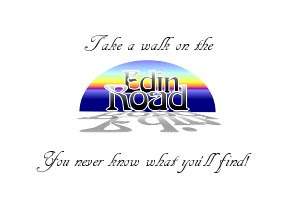 A week from today, I will be the featured guest on Edin Road Radio. Jesse Coffey's show puts the spotlight on authors and their work. While part of the program is an interview, the majority of it is simple the author reading their work. I'm trying to decide now what I want to read: portions of All This and Family, Too, or one of my short stories?

If you'd like to hear a sample of the show, check out this recent interview with Bertena Varney. 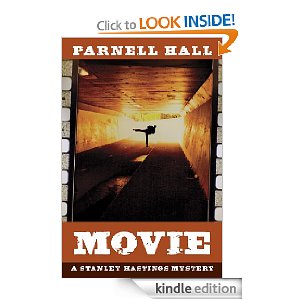 Detective Stanley Hastings finally has his chance to hit The Big Time as a screenwriter. Sidney Garfellow, a documentary director people have actually heard of, has hired him to write the screenplay for his first 'regular' movie. Stanley dreams of leaving his less-than-rewarding career as an investigator for a personal injury lawyer for the Silver Screen. What stands in the way of this? Well, Sidney Garfellow, who keeps changing his mind about what he wants, forcing Stanley to rewrite and rewrite again. Then there's the film's star, who ignores Stanley's golden prose in favor of more 'natural' lines he's written himself. Oh, and there's people getting killed on the set. Just a little problem there...

Hall draws heavily on his own experiences when writing Stanley Hastings: he has worked on the stage, in films, and, at one time, as a detective himself. He writes hilarious songs, often about the foibles of being an author. It is no surprise that he has some experience with screenwriting himself: he wrote the screenplay for C.H.U.D. At least Stanley gets to write a movie with "four hot babes" in it.

I've read several of the Hastings novels, and I always enjoy the verbal humor in them. This novel is no exception. Stanley gives us his unvarnished and aggrieved opinions of the director, the actor, and Murty the sound man. He exchanges marvelous barbs with his boss, who visits the set, and Sergeant McAuliff, a series regular who is hired as a consultant. After the deaths begin, Detective Clark is brought in to investigate. Stanley doesn't like Clark: in a previous novel, Stanley was his prime suspect. The cops are smart, especially Clark, who is far from the closed-minded nabob mystery authors so often employ. The plot is good, and there's enough twists to keep the reader guessing.

The drawback: in some scenes, Stanley and the police detectives spend a lot of time talking about who was where at what times. I tend to speedbump over those sections, but you might want to take the time to read it: the solution just might be hiding in there.

View all my reviews
Posted by Sarah Glenn at 3:00 PM No comments:

When my wife graduated from college, my parents and I bought her a Kindle. Most of the items on it are hers, but I installed a copy of 'Every Word' on it because I love word games. The game is similar to Scrabble: you're given a group of letters and you form words from them to earn points. Unlike Scrabble, there is at least one word that will use all the letters you've been given, and that word is necessary to advance to the next level.

At lunch today, I discovered that the most obvious word I could form wasn't one approved by the system.

Me: This thing won't take "whipass".
Wife: That's because it should be "whoopass".
Me: I thought maybe they were looking for a Northern spelling.
Wife: "Whoopass" is the only form of the verb. There is no 'whip'.
Me: That's not a verb form, that's a noun. The noun should derive from a present tense form of "whipass". The game won't take "asswhip" either, and it really should.
Wife: There's "asswhippin'".
Me: Exactly! That's the gerund form, which implies that the verb "asswhip" should exist.
Wife: Maybe someone should design a Southern version of the game. You'd have more luck with it.