‘I never felt alive on this dreaded world called Earth,
I’ve been driven into sadness and pain all my past life,
The darkened blessed shadows allowed me for a beginning of a
symbolic rebirth..' 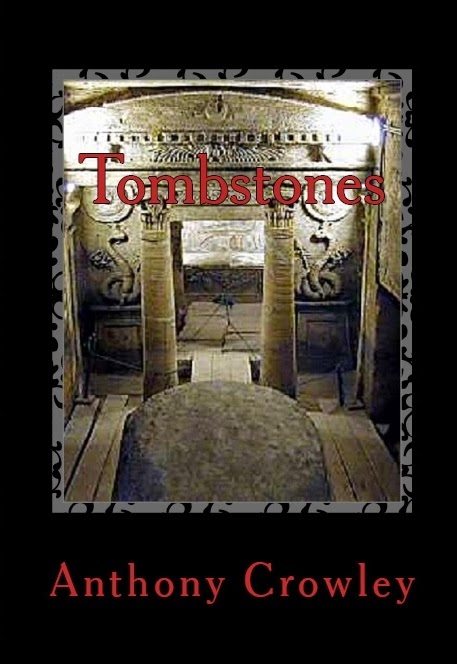 Today, we take a detour into the world of poetry. Many of the great early horror authors, like Poe, Lovecraft, and Clark Ashton Smith, were poets as well as authors. I normally interview fiction authors, but British author Anthony Crowley is also a dark poet. I haven't written much poetry, so I thought I might learn something if I asked him a few questions.

Q. Does poetry offer you a different type of satisfaction than writing fiction?
A. I have complete satisfaction from both poetry and fiction. But when I write I can express my writing in the different forms and styles with a different emotion involved into the idea. When I write stories I can be more descriptive with the Characters and themes and let my mind travel and wander around the whole nightmare or scenario and revert back to the original plot and with my poetic writings I focus mainly on one theme and subject and be descriptive and fluent as I can.

Q. What drew you to horror?
A. From childhood I always felt comforted by Horror; it was my escape and felt perfectly natural, it is my scenic home and mental abode. But also I was inspired by the classic literature of Edgar Allan Poe, Stephen King, Clive Barker. Dennis Wheatley and H.P.Lovecraft and two of my favourite story adaptions was 'The Devils Ride Out' and 'The Raven'. I also have several more inspirations within these subjects, but these are just an example.

Q. Can you tell us a little about your writing process? (for instance, do you have a secret hideout that you go to when you're working, or maybe a comfortable chair overlooking the garden)
A. My hideout is my mind; the doorways within there create thoughts regularly on a daily basis. Sometimes one word can open up a visual piece of literature. All around us is inspiration and the creation of ideas.

Q. Who is your favorite author and what really strikes you about their work?
A. I have several influential Authors I could name and including the Authors I mentioned in previous question. One of those has to be Edgar Allan Poe and when I first heard The Raven' and Masque of Red Death' I really admire the mysterious atmosphere in which Edgar creates visually and poetically. 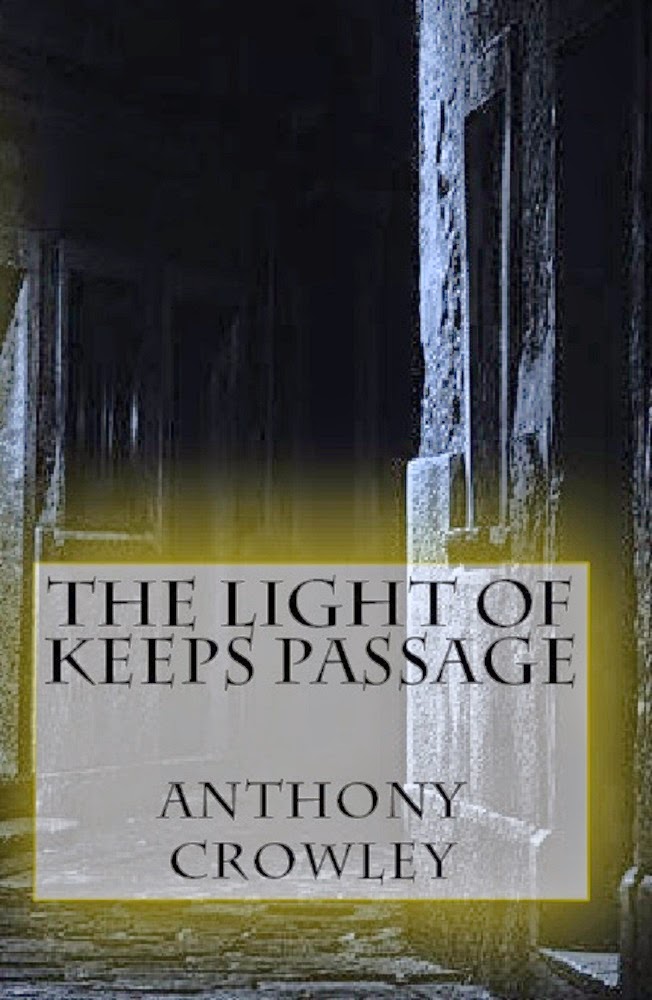 Q.What is your current project?
A. I am working on several projects. Some of these writings are unfinished works from during the last 6 years. I am also working on a few new projects and I have just published 'The Black Diaries (Volume One) which forms part of a new series which shall include a variation of Horror themed short stories and poetic dark verse. Tombstones is a collection of a variation of horror-related poetic literature which is also available now on both paperback and kindle editions.These publications were also in the Top 10 Horror literature charts at five consecutive Amazon sites. I have this week revised my first published Supernatural short story of 'The Light of Keeps Passage'. During these recent days, I have been editing and finishing my long-awaited novella 'The Mirrored Room', which was a semi-finalist at the 2013 book awards at 'authorsdB'.

Thanks for visiting with us!

Learn more about Anthony Crowley and his writing on his Amazon page at:
http://www.amazon.com/ANTHONY-CROWLEY/e/B0048E5L3K/


Posted by Sarah Glenn at 9:54 PM No comments: Links to this post

Please allow me to introduce you to yet another author from Hoosier Hoops and Hijinks. The tales in Hoosier Hoops, the current anthology from the Speed City Indiana chapter of Sisters in Crime, all involve one of Indiana's greatest obsessions: basketball.

Q. What gave you the idea for "Fallen Idols"?

I actually sort of ripped it from the headlines. When we chose a basketball theme for our chapter’s third anthology, I thought about all the sports figures who were in the news for behaving badly. Indianapolis really loves its basketball, so I wondered what if there are some heroes on the city’s beloved team who aren’t what they seem and don’t deserve the pedestal they’ve been put on.

Q. You're using a new heroine in this anthology: Lenora Wise. Tell us a little more about her.

Like many who go into law enforcement, Lenora Wise became a cop after losing a loved one to crime. Her mother was shot and killed in a carjacking, and the killer was never found. Every time Lenora catches a murderer, she feels she’s getting justice for her mother. I developed Lenora for this story because I wanted to explore what it’s like for a detective to move to a new city and have to fit into a new police structure. Lenora had been with the St. Louis police department and became disillusioned because her superiors were more concerned about boosting their careers than getting criminals off the street. She hoped the Indianapolis police department would be different.

Q. Will there be more stories with Ariel Lawrence?

Absolutely. I have an Ariel Lawrence novel under revision. She has to catch a serial killer while working with a partner she loathes. There are ideas for three other stories in the Ariel Lawrence detective series. Ariel’s a fierce defender of justice for the everyday person who can’t defend themselves. And she believes neither money nor prominence should make a person immune from the law. Often her cases involve white-collar criminals who believe their position and their millions mean they don’t have to play by the same rules as others.

Q. Who is your favorite author (or current fave) and what really strikes you about their work?

Walter Mosley who writes the Easy Rawlins Mysteries is one of my faves. His writing is lyrical to me, and he’s created an iconic character who will forever live in readers’ minds. That’s something I’d like to achieve.

Q. What's your current (or next) project?

In addition to the Ariel Lawrence novel, I’m finishing a historical mystery short story for our chapter’s next anthology. It’s set in 1930s Indianapolis, and features a husband and wife who find themselves hunted by police for a murder they didn’t commit. I also plan to turn a short story I wrote featuring an amateur sleuth into a novel. The character, Lela Ames, is a feisty, middle-aged beauty salon owner/entrepreneur who everyone brings their troubles to. Usually those troubles result in Lela having to solve a murder.

Thanks for visiting us today!

Check out Hoosier Hoops and Hijinks on Amazon. You can learn more about Andrea Smith at the Speed City chapter's website.

Posted by Sarah Glenn at 9:32 PM No comments: Links to this post