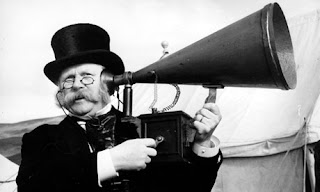 Since I live in Florida, I'm surrounded by people decades older than I am. This has become more so since our move to the 55+ gated community. The rest of the world is reminding me that I'm getting older. I could be the mother of a good portion of my coworkers, and then there's social media. Aaaargh, social media.

On Facebook, Greg Kihn posted a query to people of what their favorite song in high school had been. Everyone answered with 1980's songs, since that was Kihn's heyday. I didn't really have one; most of the music on the radio was disco. I love any song with a beat, but none of them stood out as a favorite. The only album I owned when I went to college was Billy Joel's Glass Houses, released in 1980 - at the tail end of my senior year in high school.

A friend then posted a survey on what the worst song they'd ever heard was. Those rude little whippersnappers had the nerve to tell me my choices were too old! Not sure if that means they believe all older songs are good (I can attest otherwise), or that I wasn't allowed to participate in music surveys any more. We did find some common ground on "We Built This City". Not even Toni Basil's "Ricky" or Charlene's "I've Never Been to Me" made me grit my teeth as hard.

So, I would like to conduct my own survey. What do YOU think is the worst song you've ever heard?

Don't tell me 'modern music' or 'hip hop' or 'anything by Lady Gaga'... we will not insult the whippersnappers, who need better behavior modeled for them. Remember that your own parents said the same about your music once upon a time. Plus, not liking a genre means you probably lack the judgment to identify a truly bad song within it.

Museum of Witchcraft Diary: Book Launch to be held at the Museum in October

You may remember that I interviewed Anthony Crowley last year. He will be launching his new book at the Boscastle Museum of Witchcraft in Cornwall this October.

Museum of Witchcraft Diary: Book Launch to be held at the Museum in October:

The Museum will be the location of a book launch for the author Anthony Crowley this October.
Click the link above for more information!