Review: A Talent for Murder by Andrew Wilson

A Talent for Murder by Andrew Wilson
My rating: 5 of 5 stars

This is the first novel in a series starring the author Agatha Christie as the main character. Biographer Andrew Wilson spins several well-researched events of 1926 into a gripping tale of why Agatha Christie disappeared for several days, and what happened during that time. He's not the first person to do so - the movie Agatha springs to mind - but Wilson's version grabbed me from early in the book and wouldn't let go.
The book opens with Agatha's despair. Her husband, Archie (played in the film by the swoonworthy Timothy Dalton) has fallen in love with a younger woman and doesn't understand why his wife isn't being reasonable about giving him a divorce. Wilson must have suffered a broken heart at least once; he describes Agatha's pain in convincing detail. Her misery is interrupted when she is pushed into the path of a train, and then 'saved' by a man who is no hero. Dr. Patrick Kurs has been following her exploits for some time, and he believes she should perform a service for him. In exchange for not releasing love letters between her husband and his mistress, he wants Agatha to kill his wife. He will arrange to be elsewhere, and she can put her knowledge of murder to good use. When she balks at his demands, he threatens to harm her family, specifically her daughter. Convince of his ability to hurt them, she agrees.
Kurs only allows her to decide how to commit the murder; the rest of her actions follow a plan he has already devised. First, Agatha disappears into the countryside, abandoning her car and her fur coat for the police to find. She is allowed to keep her purse, which contains a pouch of poisons. He forces her to check into the Swan Hydropathic Hotel under the last name Neele (the name of Archie's mistress) and, later that evening, to dance the Charleston at his command. These have little to do with the crime he wants her to commit; they are designed to humiliate her and reveal how much she is under his control.
We are occasionally given a glimpse into the police investigation of Agatha's disappearance and a separate investigation by a young woman who is also determined to find her, but never for long. The focus always returns to the mental battle between the fiendish Kurs and Agatha Christie, one of the world's cleverest plotters. He humbles her again and again, but she finds an interesting way to give him what he wants.
This book is very well written and researched. Wilson shows us true details of Agatha Christie's life, and uses what is known about her disappearance as the framework for a powerful conflict between two very clever and determined people. I recommend it.

View all my reviews
Posted by Sarah Glenn at 9:13 PM No comments: Links to this post 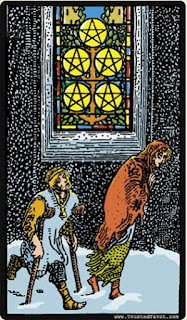 I'm afraid that the job I accepted in February fell through. I received about three weeks of pay for it, so I did receive some benefit. Around the same time, I came to the end of my severance pay. Since I'd been keeping track of my job applications, the next step was applying for unemployment.

You may have been told that the unemployed are lazy people sitting around collecting money for nothing. I need to tell you two things: 1) I'd rather be working than going to interviews and having my hopes dashed again and again, and 2) I get $275 a week, which might be a lot in some states, but not in the Tampa Bay area. An article in the February 7th edition of the Tampa Bay Times states that the 'survival income' for a family of four is $60K/year. That's $5000 a month, in case you don't want to do the math. The 'survival income' for a single person is a little under $21K.

Gwen and I are a family of two. I am bleeping grateful that she still has a job, because I am alloted a little over $3000 for this year. That's how unemployment works. To qualify for it, I'm supposed to list five places I applied for work during each week. I usually list ten or more. I want out of this arrangement. Next week, I'm doing a workshop on successful interview techniques because I haven't done many, and I'm enough of an introvert to need help with social interactions that involve charm as well as answering questions.

Being rejected again and again is painful. It's especially so when I've taken skill assessments for temp agencies and been told how good my scores are. Sometimes I've been rejected because I lacked 'front office' experience. Other times, I've been advised to leave some of my experience off my resume because of either a) age discrimination or b) I would look too skilled for the jobs I was applying for. Folks, my ambitions are in writing, not in becoming a corporate raider.

This past week, I learned of a new complication: at least one of my previous employers doesn't give references. Instead, they use a service to confirm employment. This service costs money for prospective new employers to use, and I've learned it's not a new practice. I will contact the service to get what free verifications I am entitled to, but now I'm wondering how many jobs I lost because the employer could hire someone whose records they could verify without a charge. Stupid me.

This whole experience has eroded my ideas of who I am and that I have something to offer to the world. I've always been a steady worker; I spent over seven years in my first 'real job' and about fifteen in my second full-time position. I was approaching five years with my last employer when I was laid off. They treated me well in the process and gave me good severance, but I haven't found a place in this Brave New World of Work.

I'm not ready to quit looking for work. But I understand why some people have.

Posted by Sarah Glenn at 11:11 AM No comments: Links to this post