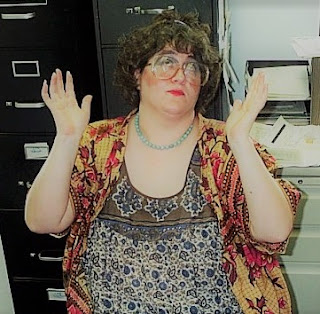 Update! I just got a friend request from someone with pics that advertised the 2010 Census. They also showed him with bumper stickers implying that he was running for office. I researched the name and discovered that the real guy was sentenced to prison earlier this year. Yes, the pictures match. Either he's looking for a prison pen pal, or someone's spoofing him.

This guide is primarily for women, although gay guys might get some of these invites, too. Men, if you have your own list, feel free to comment.

The past year has brought a flood of friend invites from Facebook IDs of unknown provenance and questionable intentions. Many are from phishers, catfishes, and scam artists. They can also come from exes and the stalkerish set, but no one seems interested in stalking a fat middle-aged lesbian of modest income.

Some of the 'tells' of a fake Facebook ID:


If you do friend someone and aren't sure after the fact, use some of the standard cautions for the Internet: don't click on any links they send you, give them your personal information, and Google anything that sounds like a scam for money. Also: take another look at their profile to see if any new red flags appear. Real people usually have a lengthy timeline with less-than-relevant content, and tend to like at least one thing you don't. If the cupboard is bare, tread carefully.

Review: Batwoman Vol. 1: The Many Arms of Death (Rebirth) 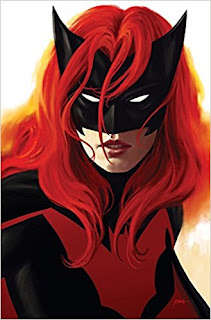 Disclosure: I received an advance copy on Netgalley.

In this collection, Batwoman seeks to stop someone who is supplying illegal weapons to the black market, with the stated goal of killing people from as many different nations as possible. Our intrepid heroine follows the trail in her private yacht until it leads to a place she knows well.

This story is more James Bond than superhero. It's also more Harlequin than Harley Quinn.

The art, done by multiple artists, is beautiful. When she wears her costume and her cowl with the long hair, the art reminds me very much of John Romita, Sr. When you see her out of costume, the art is more Sal Buscema. And if you're familiar with those artists, you get an idea of my age and comic-reading background. The action is good, with rough-and-tumble combat that doesn't hold back due to gender. It brought back the best of my memories and granted me a story with a woman in the lead.

The storyline is good. Katherine Kane is every bit the millionaire playgirl that Bruce Wayne is. Unlike Bruce, she tried to serve her country in the military and was tossed out of West Point for being a lesbian during the bad old days. Afterwards, she became a socialite drunkard who was saved by The Batman from leading a useless life. As Batwoman, she traces the bad guys and gals to Coryana, an island of outlaws... and must face her own past.

You will sense a 'but' coming here. If you are worried about spoilers, this might count... but it's not a surprise to the heroine.

This graphic novel involves a lesbian hero, and I believe it was primarily aimed at lesbians. The majority of lesbian fiction I've seen have been romances, and The Many Arms of Death wanders into this category, too. The leading antagonists and allies are all female, and the majority are either former lovers or romantic rivals of Katherine Kane. While romance comics used to be popular, too, this is a little too insular for me. I want to see lesbians interacting with the 'regular' world of comic books, like Maggie Sawyer of Metropolis SCU. Your opinion may be different.

I award this story four stars because I think it's a good storyline, well-executed, and has great art. I would recommend it to those friends who would appreciate it.