My first mystery, Death al Dente, was just published by Berkley Prime Crime. It’s a cozy mystery, and I can hear some of you—readers and writers alike—asking “what’s that?” 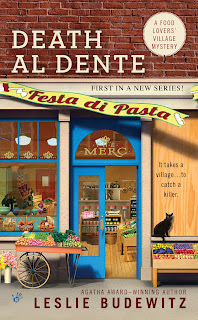 You all know the traditional mystery – think Agatha Christie. One of its modern incarnations is the cozy. It’s the comfort food of the mystery world, the mac & cheese. And who doesn’t love that now and again? (Or carbonara if you’re Italian, like my protagonist’s mother.) No graphic sex or violence; lots of graphic food. Okay, so they don’t all involve food. Some involve knitting. Or librarians or booksellers, psychics or museum directors. Or the owners of haunted houses and hotels. But no FBI agents or bomb squads—at least, not as protagonists. The setting is typically a small town, or an identifiable community within a big city, where a murder is a shock that disturbs the natural order. An amateur sleuth— typically female—is drawn in by the personal nature of the crime, and uses her skills and connections to solve it.

But not everyone likes the term. Carolyn Hart, a goddess in the mystery world (and a past president of Sisters in Crime, which designates former leaders as goddesses), asks “How cozy is it to die in agony from poison, knowing your killer is among your intimates, but dying without knowledge of the culprit?” Not cozy at all—downright terrifying—but in my opinion, the term is cheekily ironic for exactly that reason.

There is an official investigation, of course, run by law enforcement. Often, the amateur sleuth hears and sees things the police can’t. She knows the community—she and her shop, café, or gallery are often at its center. As a result, she may be convinced that the police are focused on the wrong person—maybe even her, or someone close—and will act too quickly or fail to take seriously the clues she uncovers. They may think she’s helpful—or try to stop her from interfering. But in the cozy, both the professional and the amateur detectives are essential, because they serve different functions. Their job is to restore external order, through the legal system. In the cozy, they need her help. By giving it, she demonstrates the triumph of the individual over evil. Her involvement in righting a wrong restores balance to the community. She restores social order.

And ultimately, that’s what a cozy is about: community. How it’s formed, how it’s damaged, how it’s restored.

And of course, how it eats. 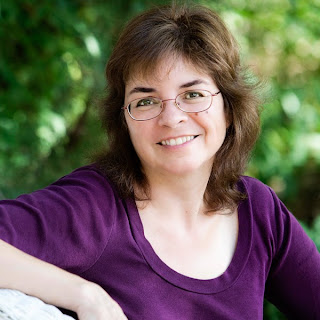 Death al Dente by Leslie Budewitz is the first in the Food Lovers' Village Mysteries (Berkley Prime Crime, August 2013). The town of Jewel Bay, Montana—known as the Food Lover's Village—is obsessed with homegrown and homemade Montana fare. So when Erin Murphy takes over her family's century-old general store, she turns it into a boutique market filled with local delicacies. But Erin's freshly booming business might turn rotten when a former employee turns up dead.

Leslie is also a lawyer. Her first book, Books, Crooks &Counselors: How to Write Accurately About Criminal Law & CourtroomProcedure (Quill Driver Books) won the 2011 Agatha Award for Best Nonfiction, and was nominated for Anthony and Macavity awards.

Leslie lives in northwest Montana with her husband, a musician and doctor of natural medicine, and their Burmese cat, Ruff. See Ruff on the cover of Death al Dente and visit Leslie online at  www.LeslieBudewitz.com or www.Facebook.com/LeslieBudewitzAuthor
Posted by Sarah Glenn at 5:00 AM

Leslie, I like your insight about the effect of the crime on a community and the sense of restoring balance. Without consciously knowing it, that's what I've been trying to do in my Kelly O'Connell series.

Very nice post! I get that question a lot as well. I think the "community restored" part is what makes cozies satisfying - the mystery equivalent of happily ever after.

Looking forward to reading your book.

Thanks! Glad my insights strike you.

Leslie, you summed it up perfectly with "the triumph of the individual over evil."

Thank you, Sarah, for the interview!

Thanks, Sarah, for inviting me, and thanks to all for your observations!