As I mentioned in my last post, I spent a few years studying Greco-Roman history. I'm accustomed to being the only person in the room who likes that stuff, so it was a real pleasure to read stories from professionals in the area. Morgan Crooks grew up in a hamlet in Upstate New York and now teaches ancient history in Massachusetts. His story, “What the Prodigy Learns," is his fourth published work. He lives with his wife, Lauren, near Boston with one professional cat and one amateur dog.

When did you know you wanted to become a writer?
When I was about five or six I got this brown Fisher Price tape recorder. After I had listened to all of the Berenstain Bear and American History cassettes that came with it, I start recording my own stories. I remember this one where I took a vacation to Mars, which in a weird way feels like the story I've wanted to tell ever since.

How did you come up with the idea for your story in History and Horror, Oh My?
Roman history, particularly the transition from the Republic to the Empire, has always been fascinating to me and I got interested by the idea  a horror story set in that time, focused on Roman characters facing Roman nightmares. Then during my research, I read about wandering scholars like Strabo collecting information for vast encyclopedias. That pretty much gave me the character of Marius and once he started talking the rest of the story seemed to fit together.

Did you encounter any obstacles in researching the setting?
I found a wealth of information about Rome, Roman Daily Life, and social classes but nothing that brought the idea of Roman horror alive. To me this is one of those topics that I’ll never tire of, so I guess the biggest challenge was deciding when enough was enough. Eventually I started reading The Inns of Greece and Rome, and a history of Hospitality from the Dawn of Time to the Middle Ages, by W.C. Firebaugh. Firebaugh describes this system of post-houses that sprung up alongside the Roman road system. Basically with a writ from the government an upper class Roman could make use of these houses anywhere in the Empire. A sort of unofficial pilgrimage existed in the Eastern Half of the Empire, as young Romans saw the splendors of the ancient world as they traveled from inn to inn. That gave me the setting and the impulse to just start writing the first draft already.

Who is your favorite author, and what really strikes you about their work?
Kim Stanley Robinson. In addition to having some of the best depictions of realistic space travel committed to print, he also has a really amazing sense of scale and history. He does what I think every great writer should do - hold up something familiar and boring and show you how it’s the weirdest, most interesting thing in the universe.

What are you working on now?
I’ve got a longer horror novella I’m editing as well as a few flash pieces.

Okay, so you're an author. What do you enjoy reading?
I try my best to keep up with what’s going on in short fiction by reading Apex, Clarkesworld, Strange Horizons, and Tor.com. This year I spent catching up on weird fiction: Laird Barron, John Langan, and Thomas Ligotti but I also found time to read Gibson’s latest, The Peripheral. I’d recommend it. 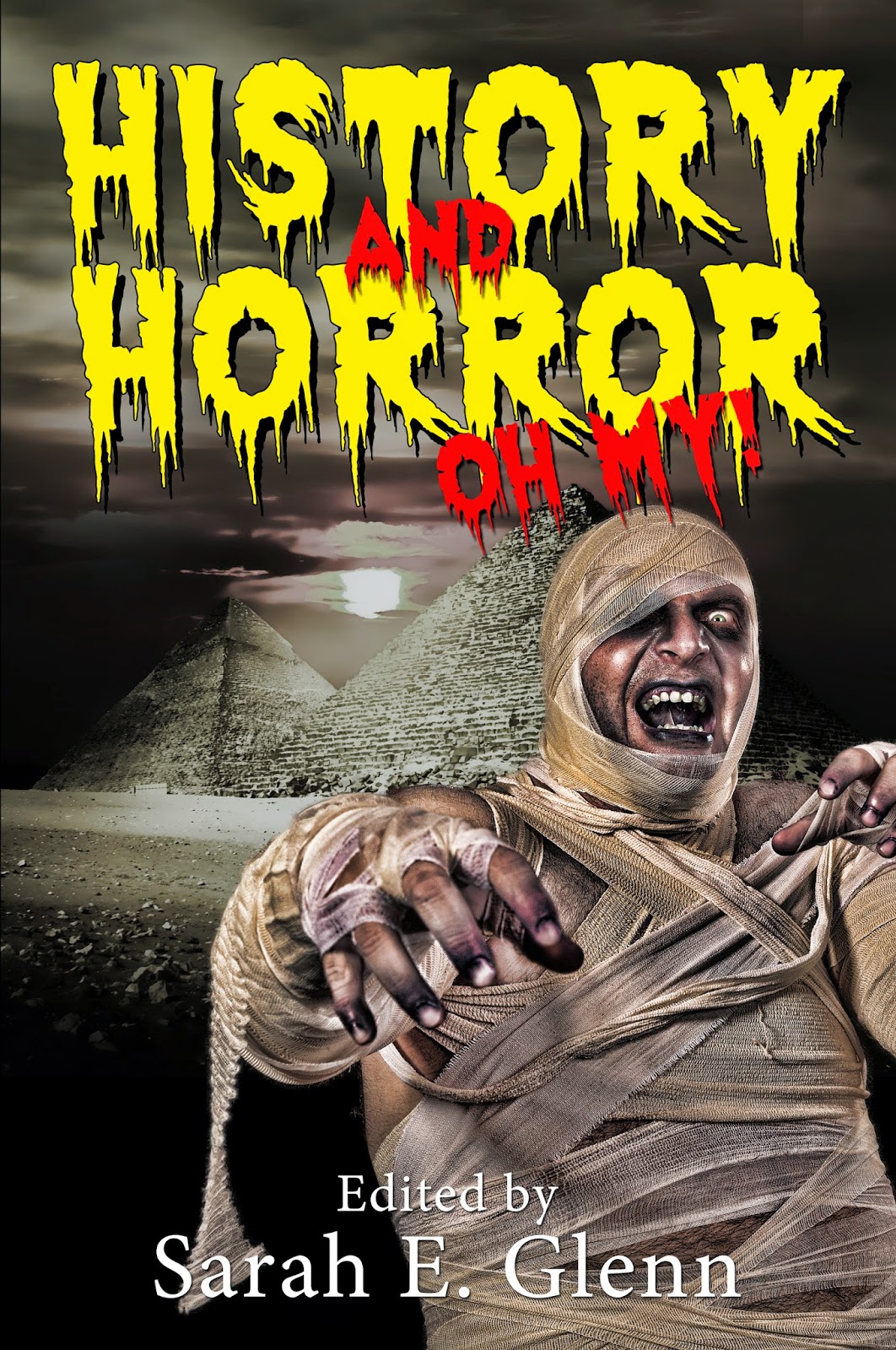 Do you have any other works out right now?
My flash science fiction story, “Belongings," came out on the Theme of Absence website on December 12th. I’ve also got a science fiction story about drones that will be appearing in this month’s The New Accelerator anthology. I’d check out my blog at ancientlogic.blogspot.com to see what other work I’ve got out there.

Read Morgan's story for Yourself!
History and Horror, Oh My! is now available in ebook formats on Smashwords and in print and Kindle formats on Amazon.