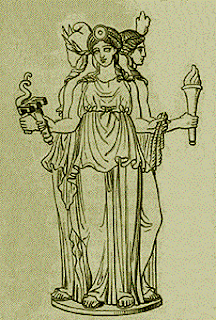 Something you may not know about me is that I have a side interest in personal mythology. It goes way back, as in at least thirty years... probably more, since I was interested the moment I heard the term. I say thirty, though, because that's when I took an archetype quiz from Awakening the Heroes Within.

At that time, my strongest trait was Seeker. Some of the archetypes are set at specific ages, most notably Innocent and Orphan, the childlike archetypes.

When I first took the quiz, I was Orphan --> Seeker, with an undercurrent of Caregiver. I know that last is hard to believe, but the alternatives were Lover and Warrior.

Recently, I've been listening to K.M. Weiland's series on using character archetypes in writing. She refers to Pearson's work frequently, and I dug my copy out. I got it in 1991, and now it is 2021. I retook the test, with some surprises.

Still an Orphan - duh. I'm a pessimist who had bad experiences with other kids. Still strong with the Seeker archetype, but Caregiver dropped into the basement.

My strongest archetype now is the Destroyer. This the one where the Heroine confronts Death and must resolve her emotions towards Death. It's also an archetype that appears when a person has suffered great loss. Gave up job and house to move in with dying parent - check. Driven out later by other parent, check. Downsized, check. Bitter AF, double check. Okay, I'm a Destroyer. Where are my superpowers, other than overwhelming bitterness?

The book advises I think about my own death as an exercise. I spoke to my spouse about it, but she asked me to please not do that during our anniversary visit to Daytona. That's what I get for bringing a book to the car.

Other archetypes are also developing, though: the Creator, the Magician, and the Sage, now of equal rank to the Seeker. The Sage is similar to the Seeker in many ways, but has traveled further down the path. I hope this means that the Destroyer phase will end. If I can't smite my enemies into oblivion, what good is it?