We need to talk.

I haven't posted for a very long time. Part of this is because I don't know how much 'me' I should talk about. I know many interesting people, but I am not certain that I am interesting enough to hold your interest.

Today: Fuck that. I'm talking about me.

I have the usual spells of depression, of course, and I have also taken on the responsibility for maintaining the Florida Gulf Coast Chapter of Sisters in Crime's website. Then, there's the Strangely Funny series and the Three Snowbirds series I write with Gwen Mayo.

Plus, I work a job where I have a low hourly rate of pay, but get an incentive bonus based on how much I produce compared with the rest of my team. So, overtime.

Let's move on to the stellar disruption I'm dealing with now. My mother has suffered from moderate vascular dementia for the last couple of years. The way in which this differs from Alzheimer's Disease: portions of the brain are deprived of blood flow, and they die, creating the dementia. It is not a smooth gradual process, but stair steps into the basement. A 'new normal' happens each time.

In June, Mother took a steep step down.

She does not know where she is. We can tell her, but that information doesn't really compute any more. She was calling the police in the middle of the night, saying she was lost. My wife and I have not lived with her since 2014 for Reasons I Will Not Go Into, but her actions made it impossible for us to cohabitate with her. That, and there is not enough Paxil in the world to help me deal with it.

The caretaking service had someone in the house for an 8 hour shift each day. She needed more care than that, and we (me, my spouse, and my POA sibling) soon realized she needed 24/7 care. The service said they could provide that for circa $19K a month (they pay their employees about half of what they charge, which is fucking criminal). None of us (including my mother) could afford that.

After visiting several memory care units, we chose one and moved her there. It's not cheap, but is much more affordable than in-house care. It is near where we live, and my wife and I visit her on a daily basis. This is important for several reasons: 1) Even though she forgets we came, it does help keep her calmer, 2) The facility knows we are paying attention to her care, and 3) At some point, she will be gone and this is the time I have left with her.

Mother calls multiple times a day with the help of the staff at the facility. She claims that she doesn't live there and has never spent a night there (she's lived there since July), and wants to go home. Unfortunately, she didn't recognize her house when she was in it. We need to sell the house to pay for her care.

So, my brain space and time are more tied up than ever before, and the only thing I've thought about posting in a while is what I've said here. 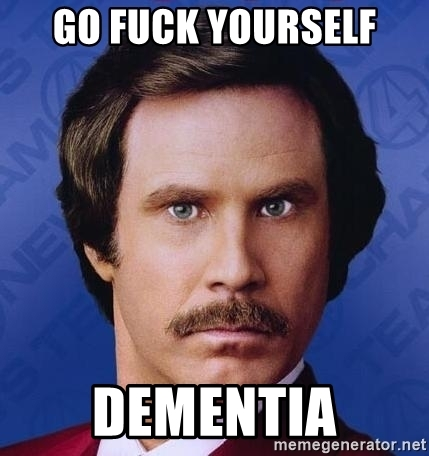 Bùi Minh Gạch said...
This comment has been removed by a blog administrator.
11:40 PM